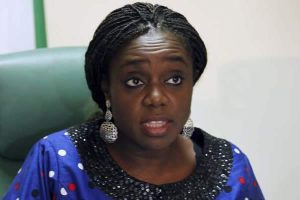 Nigeria Bureau of Statistic (NBS) on Tuesday, says  Nigerian inflation has dropped to 15.98 per cent in September from 16.01 per cent recorded in August.

According to data released by the NBS, the decline was 0.03 per cent points lower than the rate recorded in August.

It is the eight consecutive time the country’s inflation rate is dropping in 2017.

The report revealed that all major food sub-indexes increased by 20.32 per cent year-on-year in September, an increase from the 20.25 per cent recorded in August.

It also showed that on a month-on-month basis, the headline index increased by 0.78 per cent during the month, 0.19 per cent lower than the 0.97 per cent recorded in August.

“This (the year-on-year inflation rate drop) was 0.03 per cent points lower than the rate recorded in August (16.01) per cent making it the eighth consecutive decline in the rate of headline year on year inflation since January 2017,” the report said.

“Increases were recorded in all COICOP divisions that yield the Headline Index.

“On a month-on-month basis, the Headline index increased by 0.78 per cent in September 2017, 0.19 per cent points lower from the rate of 0.97percent recorded in August.

The report also revealed that the rise in the food index was caused by increases in prices of potatoes; yams and other tubers; milk, cheese and eggs; bread and cereals; coffee, tea and cocoa; soft drinks, fish, meat and oil and fats.