My next movie will surpass CONVICTED- Yusuf Ogunlana

by Elendu Reports
in Entertainment, Featured
0

Yusuf Ogunlana is an actor and producer of the movie, CONVICTED – a flick that has been trending on Libra TV YouTube Channel since its release. In this chat, Yusuf talks about his background, CONVICTED, the movie and his plans for the future in film production.

Can we know about you?

I am Yusuf Taiwo Ogunlana, a native of ogun state. I studied Chemistry at Tai Solarin University and in Physical Sciences Education at University of South Africa. That’s for my postgraduate.

You are the producer of Convicted; the movie has garnered audience attention massively since release on YouTube, how do you feel?

Words alone can’t express how I have been feeling, it’s been God. Also, having people who love and believe in making someone’s vision and mission becoming a reality is bliss. I’m grateful.

As a newcomer in the film industry, what are your plans?

My plan is to keep on touching lives, addressing societal issues through my mind blowing movies.

What inspired your film career? 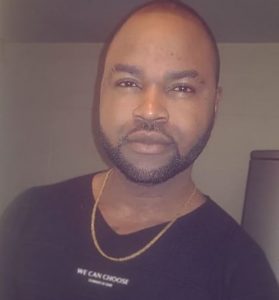 Movie making is a passion, the only thing I don’t see or feel is the stress no matter how challenging it could be. The need to touch lives through visual representation of my artistic values is also an inspiration.

How do you come by your stories?

God is my inspiration. I am also a critical and deep thinker. Also, I have someone who always keeps the fire of the good stories I think about burning.

Since the industry operates mostly by groups or caucus, are you intending to join any soon?

I don’t do group or caucus. I have always been myself and always want to work with people who are highly ambitious and so professional in their chosen career.

What did you learn from your last production process?

No matter how rough and tough things could be, one should not just give up. Hard work pays.

Which projects are you working on next?

I don’t want to disclose it for now, but people should expect something far much better than what they are seeing now.

How would someone get your special attention?

It is simple: by being real and nice.

What’s the most interesting thing you have seen/read this week?

The comments, messages from people about my movie CONVICTED. Those comments are inspiring.

Your last words to people who watch your movies

I just want to tell them to keep sharing the link with other people so they can also have a feel of watching the mind blowing, educative, entertaining, glamorous and suspense filled CONVICTED, the movie.

EFCC lines up GTB official, 8 other witnesses against Naira Marley

EFCC lines up GTB official, 8 other witnesses against Naira Marley