It was an evening of glitz, glamour and fun on Wednesday, March 29,  as top Nollywood celebrities, high net worth Individuals and top government functionaries stormed the Film House Cinema, Dugbe, Ibadan, the capital of Oyo State for the Premiere of  ‘Okoto’ (The Series).

The series is co- produced by Oluwakemi Irinoye and Amir Wasiudeen, and directed by Seun Afolabi. 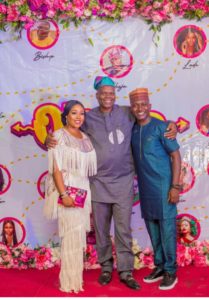 Addressing the media shortly after Premiere, the producer-Oluwakemi Irinoye thanked all guests, celebrities and dignitaries for honouring her and the production house.

“I am overwhelmed with emotions and joy for a show of love and honour giving to me not only by the special guests but also by my family, friends and colleagues in the industry, I am also indebted to Mr Olalekan Wasiudeen, the CEO of Libra Multimedia LTD, the crew and cast of Okoto for several months of hard work, God bless and honour us all,” she said.

Responding to questions on how members of the public would have access to watch the series, Irinoye disclosed that it would be on air on Libra TV’s YouTube Channel from Sunday, April 4, 2021. 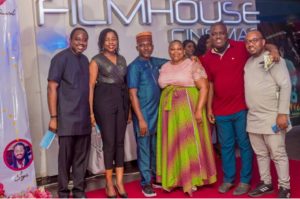 JAMB Clamps Down On Fraudulent Cybercafes, Tutorial Centres Over Use Of Logo

JAMB Clamps Down On Fraudulent Cybercafes, Tutorial Centres Over Use Of Logo