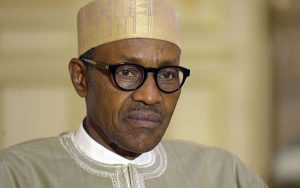 Oxfam in Nigeria says despite the fact that Nigeria was ranked as the world’s fourth most vulnerable country to climate change in 2015 which has brought additional uncertainty and risk to the country’s ‎small scale-food system, the government has not benefited from multilateral climate funding.

It said this was because the federal government has not established a sufficient institutional framework to access funding.

Constant Tchona,  Deputy Country Director, Oxfam in Nigeria,  disclosed this in Abuja while presenting a policy brief on the impact of investment in agriculture and climate change adaptation on small scale farmers in Nigeria between 2010-2015.

‎Tchona stressed that Nigeria’s population size is about equal to the combined populations of the six countries receiving the largest share of multilateral climate adaptation funding- Niger, Tanzania, Mozambique, Zambia Mali and Uganda, saying these countries have received a combined of 47 times the amount of finance for adaptation as the population of Nigeria.

‎The Deputy Country Director said recent estimates suggest that in the absence of adaptation, climate change could result in losses of between 2% and 11% of Nigeria’s GDP by 2020, adding that these loss estimates are projected to range between 6% and 30% by the year 2050.

‎He revealed that ‎desertification was now visible in eleven frontline states in the north including Kebbi and Adamawa.

Tchona noted: “Deforestation rate is 3.5% or 1km/year. Desert advances at the rate of 3.5% per annum translating to 600m yearly in the frontline States, hence, 350,000 hectares of arable land lost yearly to desertification.”

He urged the federal government to increase the spending in the agricultural sector to at least 10 per cent of the national budget in line with the commitment of the Maputo declaration.

He said as a matter of urgency, government in partnership with donors should work toward boosting dedicated climate adaptation funds in agricultural sectors to match investment in other African countries.

Tchona stressed that to support the expansion of investments, the government’s finance tracking system should be improved to access achievements of targets in agriculture and climate adaptation, to promote greater transparency and use of the system should be mandatory to all donors.