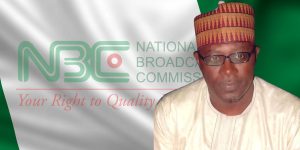 By Yemi Adedeji, Abuja
The Human Rights Writers Association of Nigeria (HURIWA) has condemned the National Broadcasting Corporation (NBC) over the alleged N2.5 billion grant given to one of the  private signal distributor companies  as the country continues to migrate to a digital broadcasting.
Emmanuel Onwubiko, its National Coordinator, disclosed this on Monday  at a press conference in Abuja.
The rights group said it had it on good authority from the  insiders working for government that the alleged sum was gifted to the company by NBC.
‎
The group expressed worry over  the opaque nature of information dissemination from relevant government agencies with specific reference to NBC which it said  has refused to inform Nigerians on the whole truth regarding the alleged N2.5 billion.
Onwubiko stated: “our worry stems from the missteps committed by the government in the power sector in which the Discos were gifted with billions of naira of tax payers’ money but till date Nigerian electricity consumers are groaning under poor power supply. Recently NERC fined one of the Discos the sum of N50 million for failure to comply with operational standards.”

“Stakeholders in the broadcast industry believe that Nigeria would have gone far by now, if some of the ripples had been avoided because the country has missed two deadlines for switch-over, which have been rationalized by the NBC as normal teething problems whereas billions of taxpayers’ money to the tune of N2.5 billion is allegedly being used to fund a private company, which by contractual agreements should be paying the federal government,” he added.

‎Onwubiko said his group was  aware of ongoing campaign of calumny targeted at the government owned Integrated Television Service (ITS) – one of the two signal distributors of the Digital Switch Over.

He said; “We are aware that a fifth columnist working to destabilize the Digital Switch Over as is being revolutionized by ITS has gone to the media to cast aspersions on the integrity and authenticity of the state of infrastructures installed by the ITS which is owned by NTA. NTA as you know belongs to the Nigerian public.”

The rights group stressed that it was also aware that some of the wild allegations are being bandied to discredit the credibility of the resilient works of the government owned ITS so that the sponsors of these campaign of calumny could scoop more free government money for themselves at the detriment of the masses.

‎Onwubiko noted: “We have resolved to send a Freedom of Information Act request to the hierarchy of NBC to demand unambiguous response in writing to provide evidence – satisfactory reason regarding the alleged grant of such a humongous sum to a private enterprise and under what modality.

“We will seek clarification to know the status of the grant if any and if we are not satisfied we will proceed to the Economic and Financial Crimes Commission (EFCC) to demand forensic investigation of this damaging allegation,” Onwubiko noted.