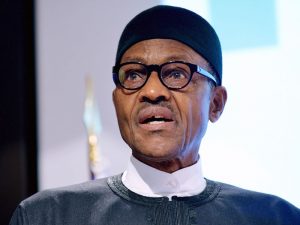 Olisa Agbakoba, a Senior Advocate of Nigeria (SAN), has urged the Federal High Court in Abuja to restrain President Muhammadu Buhari from continuing to hold the office of the Minister of Petroleum Resources.

Agbakoba in a 14-paragraph affidavit, which he personally deposed to in support of his suit, explained that the lawsuit was informed by the recent management crisis which engulfed the Nigerian National Petroleum Corporation, on account of disagreements between Ibe Kachikwu,Minister of State for Petroleum Resources,  and Baru Maikanti, Group Managing Director of the NNPC.

He argued that Section 138 of the 1999 Constitution forbids the President from “holding any other executive office or paid employment.”

He said as a legal practitioner with 40 years’ experience and having checked the Constitution, he was convinced that the Buhari cannot legally hold the office of the Minister of Petroleum Resources and thus urged the court to sack him.

Besides, he contended that Buhari was not screened for the ministerial job by the Senate as required by the constitution.

Agbakoba urged the court to determine “whether, by virtue of Section 147(2) of the 1999 Constitution, the President can hold the office of the Minister of Petroleum Resources, without confirmation by the Senate of the National Assembly?”

“I verily believe that the governance chaos in the NNPC could not have occurred if the President is not also the Minister of Petroleum Resources,” Agbakoba said.

“I am aware that the NNPC provides up to 90 percent of the revenue accruing to Nigeria.

“I am worried that the crisis in the NNPC will greatly reduce Nigeria’s revenue-generating capacity and will affect the revenue distributable to federal, state and local governments in Nigeria. This will gravely affect development nationwide and drastically impact one and all Nigerians including those in Anambra State (my state of origin) and Lagos State (my state of residence).

“I looked at Section 138 of the 1999 Constitution and I verily believe it disqualifies the President from holding executive office including that of the Minister of Petroleum, during his tenure of office as President.

“I also know that the President did not go through nomination process and confirmation by the Senate, before holding the office of Minister of Petroleum Resources

“I again looked at Section 147(2) of the 1999 Constitution and I verily believe it prohibits anybody from holding the office of a Minister of the Federation, without confirmation by the Senate,” Agbakoba said.

The respondent in the suit is the Attorney General of the Federation.