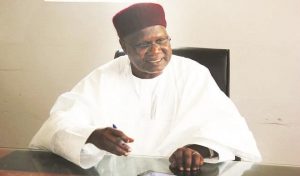 The Federal Character Commission (FCC) has raised the alarm that all geo-political zones of the country are marginalised in the distribution of resources.

Shettima Bukar Abba, Chairman, FCC,  stated this  in Abuja during the flag off the sensitisation workshop/portal training for desk officers of MDAs organised by the commission in collaboration with Pyrich Group Limited.

Abba categorically stated that no state or ethnic group should dominate any government institution or organisation for whatsoever reason.

He, however, lamented that most organisations employ new staff members with total disregard to the federal character principles.

“When people talk about marginalisation in Nigeria, I always tell them that, there is no part of this country that is not marginalised if you look at the mandate of the federal character.

“The federal character mandate states that there should not be predominance of any state or ethnic group in an organisation. It is not about north or south or any tribe,” he said

The federal character commission is one of the 14 executive orders that is given the mandate to ensure equity and fairness in the distribution of resources be it employment, provisions of social amenities and infrastructural facilities.

He further blamed MDAs for not advertising jobs and employ people who are not qualified due to tribal sentiments.

Abba said that the timely and accurate submission of nominal rolls by MDAs will enable the commission to enforce the federal character principle.

He added that the workshop aim to equip desk officers of the MDAs on the correct format and process of forwarding their nominal rolls online.

He, therefore, warned MDAs against submitting incomplete or inaccurate data in order to undermine the system.

“It is a criminal offence to forward to the commission either incomplete or inaccurate data/information in order to undermine the system,” he warned

In his remark, Chief Executive Officer Pyrich Global Limited, Chief Ejike Njeze reiterated that the data processing portal is aimed to address issues of data analysis to ensure that data uploaded is accurate and standard.

He stated that the initiative is to bring a lasting solution to issues of agitation due to occasioned by uneven distribution of resources.

He explained that the commission had over the years has issues of MDAs sending wrong data in wrong format but that will be addressed with the introduction of technology.