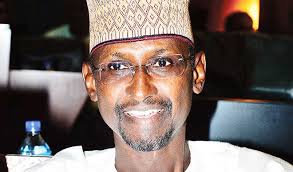 Muhammad Musa Bello, Minister, Federal Capital Territory, says his administration has not allocated land in the territory since he assumed office about two years ago due to the abuse of land administration in the past.

He said abuse of the land processes in the past resulted in large incidences of land use mismatch noting that almost all the phases within the Federal Capital City have been allocated except for Phase 5.

Bello disclosed this in Abuja when answering questions from journalists in his office.

“Most beneficiaries commenced development under the pressure for accommodation and today we have houses built on spaces earmarked for roads, natural water ways, and public utility lines and so on.”

Drawing analogy from other advanced cities of the world, the Minister stated that a time comes when land finishes noting that land is a finite object.

He appealed to the FCT public to avoid the bubble of land activities and businesses which usually results in needless speculations and scam.

Bello said that time has come for people to patronise secondary channels like mortgages and other similar sources.

He exhorted Nigerians to be patient with the administration saying development is a process and a not switch. Abuja, he reminded, is a consciously planned and executed city in tandem with a master-plan.

On street lighting, he explained that the FCT was contending with the spate of vandalization of public utilities by criminals noting that FCT has 300km of streetlights and given the rate of one pole per 10 meters distance, the administration, has over 3000 poles.

“These require a massive amount of resources to power and to protect.” He said

He disclosed that the Administration achieved a milestone when it resolved the issue of flawed billing system which resulted in a very huge liability.

Bello announced that FCTA had paid off all confirmed bills it inherited and has ensured that all power consumed by the Administration is metered to ensure appropriate billing.

The Minister also pointed to the challenge of rationing of power by the Abuja Electricity Distribution Company (AEDC).

Malam Bello also expressed delight that some infrastructure projects would go off the budge line this year and next year as works on them have been completed or are about to. He said the Administration’s strategy was to complete the three roads leading into and outside the city.

It also includes the major city road arterials like the Constitution and Independence Roads among others.  He declared that the strategy has paid off.

His words, “Our next attention is to the satellite towns. Work is now going on the Dutse Alhaji – Kubwa road, Karu Township infrastructure – for which the National Executive Council has approved N2.6 billion; as well as the Karshi – Apo roads among others.”