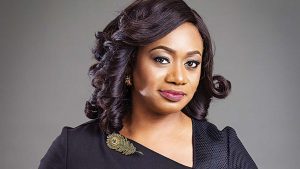 A group under the aegis of Youth Solidarity Forum (YSF) has called for the immediate replacement of the nomination of Aisha Ahmad as the deputy governor Central Bank of Nigeria (CBN) with a competent candidate due to lack of due process.

In a petition to President Muhammadu Buhari signed by Idris Abdullahi, YSF Chairman and made available to ELENDU REPORTS ONLINE on Monday, the group called on the President to replace Ahmad with an active member of the All Progressive (Congress APC) in the state who is professionally qualified and with the requisite experience.

It alleged that due process was not followed in her career progression to give the impression that she is competent for the job.

The group revealed that the requirement for the position states that ‘candidates must also have a minimum of 18 years post qualification experience, out of which at least 13 must have been in the banking industry and at least two as General Manager’ adding that Aisha Ahmad was neither a general manager for two years nor has the 13 years banking industry experience.

It also called on the President to investigate circumstances that led to her promotion from deputy general manager to executive director within a short time and in gross violation of CBN guidelines.