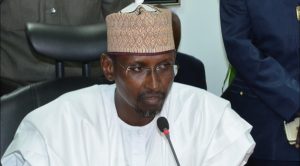 Car owners in the Federal Capital Territory (FCT), Abuja have cried over a strange collection of N2, 000 by  management of Abuja Municipal Area council (AMAC) as ‘Radio Clearance/Permit .

Our correspondent gathered that this development has led to face-off between vehicle owners and officials of the council.

Some of the vehicle owners who narrated their ordeals  revealed that the development has exposed innocent citizens to untold hardship and harassment by the AMAC officials.

Kayode Egbeneye, a car owner stated on his social media that he bumped into officials of AMAC who demanded that he must pay a total sum of N2, 000 as license permit to use car stereo, before he can have access to move his car.

Egbeneye explained that when he told the officials that he was cashless, the officials suggested he should transfer the said amount to them which he did.

He said that the money probably was sent to a private account of one of the officials, as the account details did not carry any information showing AMAC.

Abdullahi Sani, another vehicle owner said he was harassed by the AMAC officials who forced his passengers out of the vehicle, demanding for his permits.

Sani described the AMAC officials as touts, and called on the management of AMAC to put a halt to it.

He averred that the annual radio clearance is ill -timed, despite the fact the AMAC has failed to provide the FCT residents with necessary infrastructure to make their life more meaningful.

‘’The AMAC has failed us. Schools within the FCT are begging for urgent attention from AMAC. Roads that connect local areas are bad shape.

‘’This is nothing but double taxation. AMAC need to rethink on how to better the lives of the FCT residents and not introducing unnecessary tax burden on FCT resident,’’ he said.

A senior civil servant who simply identified himself as Joseph lamented that there  werecurrently no awareness about the permit.

He noted that it was unreasonable to introduce such permit.

When contacted, Dayo Lawal, the Press Secretary to the AMAC Chairman, said he did not  want to comment on the issue for now as there are confusions surrounding the issuance of the permit, at the moment. He added that he would contact our correspondent as soon as he gets clarification on the issue.

As cited by our correspondent this ’’certificate covers the rest of 774 local government council nationwide as prescribed by Joint Tax Board (JTB).’’