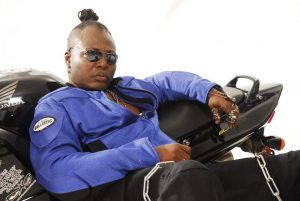 Charles Oputa, popularly known as Charly Boy, the convener of #OurMumuDonDo movement, has filed a fundamental rights enforcement suit against the Nigerian Police at the High Court of the Federal Capital Territory (FCT).

He instituted the suit over alleged violation of his rights to dignity of the human person, freedom of expression, peaceful assembly and association during the attack on the Resume or Resign protesters on August 8.

The Commissioner of Police, FCT Police Command is joined as a respondent in the suit.

Oputa is asking the court to order the respondent to publish a public apology to him in five national newspapers and to pay him the sum of N100million as general damages.

He is also asking the court to order the respondent to pay him the sum of N400million as exemplary damages.

He also want the court to give an order of perpetual injunction restraining the respondent and the Nigeria Police Force from further interfering with or violating his fundamental rights to dignity of the human person, freedom of expression, peaceful assembly and association.

The 66-year old musician further asked the court to determine “whether the use of teargas canisters, water cannon and wild police dogs by the agents and officers of the respondent to attack, harass and disperse” him during the protest was not unjustifiable, illegal and unconstitutional.

The case is yet to be assigned a date for hearing.