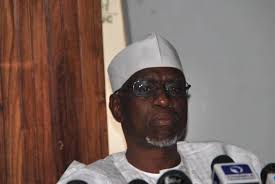 The National University Commission (NUC) ‎has frowned at the management of African University of Science and Technology (AUST) for operating ‘elitist’ and selective enrolment policy.

The Commission said the concept of university 1000 years ago or 500 years ago was no longer operational as against today’s concept that is liberal, more open and where everyone who can afford it is given opportunity.

It lamented that if all universities in the country chose to adopt the same style as AUST that there would be chaos and riots on the street.

Abubakar Rasheed, Executive Secretary of the Commission, expressed his frustration when he led a team to the university on Tuesday in Abuja, stressing that it was concerned about the university’s ‎decision not to grow.

He stated: “we are really worried, how can we choose not to grow. How can we elect not to grow? The enrolment is still very low and this is a deliberate choice by the centre, by the university not by proprietor or any other person. Yes! We are trying to control or size, why can’t we somehow review some of our guiding principles for the university.”

‎ “If we say to come to this university you must have a scholarship, so we can’t grow because we don’t have funds for scholarship,  can’t we open up and admit those who have no  scholarship who will come with their own scholarship? We don’t need to say we must give you scholarship here.”

“In the area of science and technology, in mathematics, this is a place where you advertise, universities in this country will willingly send their own staff to come and do PhDs here instead of sending then to the UK, France or US. They will need to come here, they will pay their own money, they don’t need to take your money.”

“So, why must we build a university and over-regiment it‎, control it, this is not a military institution. It is an unusual university. Yes! It may have a virtue but if all universities adopt your approach, there will be chaos and riots on the streets. It is too elitist, too selective, you are not open.

The Executive Secretary noted that there is nowhere in the where ‎world where a university is running hundred percent scholarship.

He added, “Yours is an elitist university, the concept of university 1000 years ago and 500 years ago, not today’s concept that is liberal, more open, where we bring in everybody who can afford it.

Then, those who are intelligent but cannot afford it then you intervene. Even, from the poorest families across the world but who have the brains to measure up ca come in and enjoy the scholarship so that children of the rich and the poor‎ may all come in together.”

“Now I’m speaking‎ as the head of the regulatory agency, on this growth issue, kindly the Acting President, throw this issue opens to the board. All over the world, no university is run like this, on scholarship.”‎

He emphasised that if the enrolment policy of the University is not reviewed and be more liberal, it objectives of producing 200 Mscs and 50 PhDs may not be attained.

While responding, Charles Chidume, the Acting President of AUST, said that the NUC advice would be communicated to the Board on the need to expand and admit more people.

‎” I’m optimistic that this statement coming from him, we must do something. We have to expand this; it is difficult for us to do that because of our facilities.

“But like he said, there is no university on the planet where everybody is on scholarship. We have tried to do that and we have realized that some people have money; they can pay to get this quality of education.

“We are going to take his advice, speak to our Board and advice the Board to expand so that we admit more students and train them here‎,” he said.