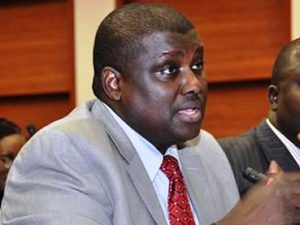 The Senate  on Tuesday set up an ad hoc committee to investigate the mysterious return of Abdulrasheed Maina, former Chairman of the Presidential Taskforce on Pension.

The Senate, after its sitting resolved that the Committee on Public Service and Establishment investigate how Maina got into the country after he left the shores of the country and trailing a report that he was on the wanted list of Economic and Financial Crimes Commission  (EFCC) for about two years.

The Upper Chamber through the committee is also set to investigate how Maina was reinstated into Public Service and how he got promoted to the level of Director in the civil service.

Senator Akpan Bassey added that the Committees on Interior and Anti-Corruption should be included to the committee carrying out the investigation.

Senator Olusola Adeyeye in his contribution said that the Ad-hoc Committee should include Chairman and Vice Chairman of the Committees on Interior, judiciary and anti-corruption, public service and establishment headed by the Chairman Committee on Public Service and Establishment.

Senator Alasoadura said, “We should not always duplicate the Executive if the Executive has ordered an investigation, we shouldn’t order another.”

Some lawmakers in their contributions said the reinstatement of Maina into the civil service was an indictment on the Attorney General of the Federation.