by Elendu Reports
in Featured, News
1

Chief Chekwas Okorie, the founder of APGA and chieftain of APC met with the Chairman of the Nigerian National Assembly, Sen. Ahmed Lawan on Tuesday to invite him to the launch of APGA and the Igbo Question, a book chronicling the history of the formation of the party.

Also at the meeting was the Majority Leader of the Senate, Sen. Yahaya Abubakar Abdullahi, and the Chief Whip, Sen. Orji Uzor Kalu.

Okorie informed the senate president that the book is not only about the formation of APGA but explores the possibility of dealing with the Igbo question in Nigeria’s political setting.

In his response, the Senate President accepted the invitation as Special Guest of honour to the book launch as he promised to be physically present.

Sen. Lawan commended the effort to tell the story of APGA through a book by Chief Okorie. 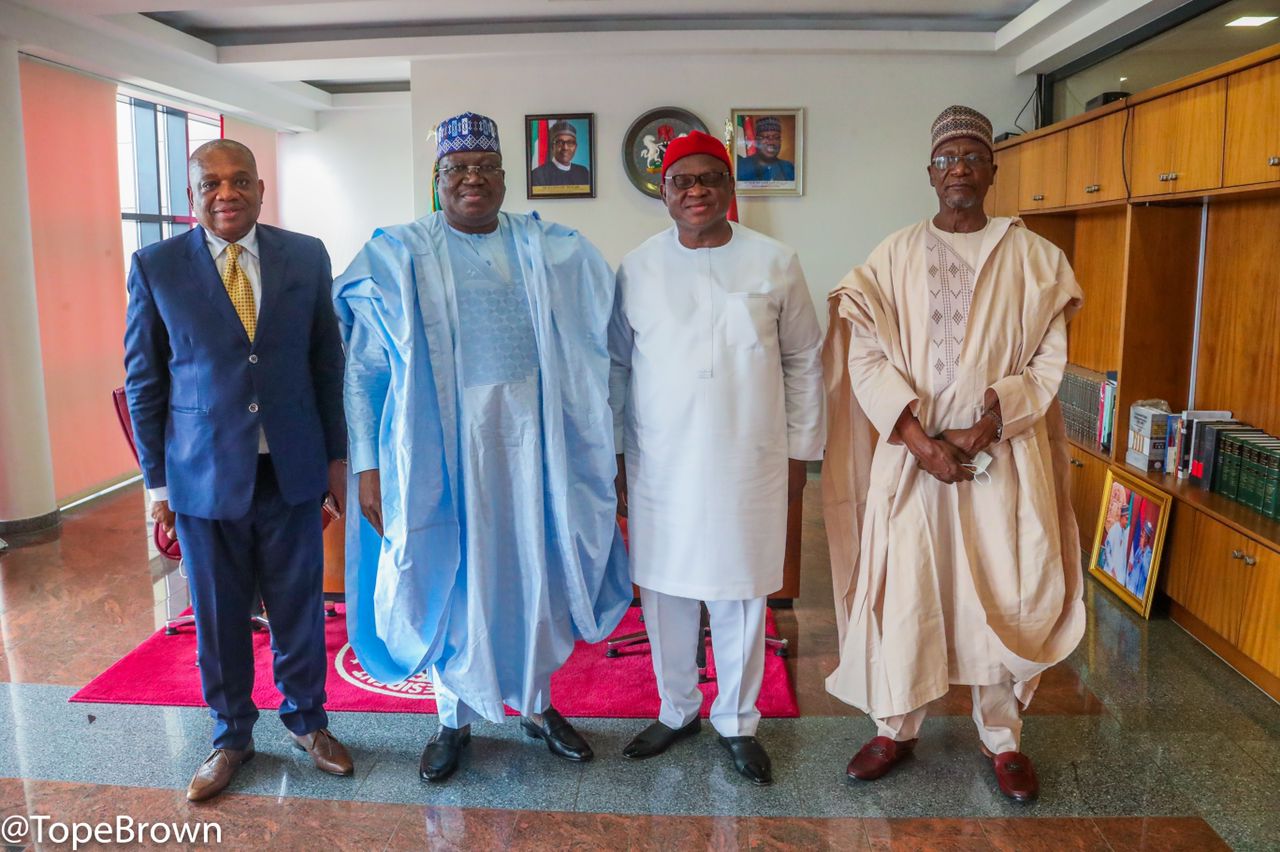 “I am happy that you took time to emphasis the importance of the political process in addressing the Igbo question. I am of the view that violent agitation or angry protests have never solved problems anywhere in the world. The book APGA and the Igbo Question is coming at a very auspicious time in Nigeria’s democratic evolution,” said the Senate President.

In a separate meeting at the offices of the Chief Whip of the Senate, Sen. Orji Uzor Kalu, the former Abia State governor commended Chief Chekwas Okorie for being ‘ever ready’ to serve Ndigbo.

Commenting on the upcoming 2023 general elections, Sen. Orji Uzor Kalu said he was contesting the presidency of Nigeria to correct the injustices meted to Ndigbo.

Sen Kalu said he was confident he will win the nomination. “I am the best hope for Ndigbo getting the presidency in 2023. I left successful businesses I nurtured from infancy to continue serving Ndigbo and indeed Nigerians.”

APGA and the Igbo Question will be launched in Abuja on April 28th at the Sheraton Hotel.