Nollywood actress and producer, Omotola Akeju is an abroad based thespian who is set to raise the bar in filmmaking. In 2018, she worked on two projects with top industry icons and are set for release this year. The brilliant producer who just acquired a brand new car and house in the States discusses plans and projects for the year 2019 in this interview with Adesina Bamidele.

My name is Omotola Olanike Akeju, an actress and practicing nurse. My dad is from Ijare and mother from Owo, Ondo State. I was born in Akure, but we relocated to Owo when I was just two years, so I was raised in Owo. I had my elementary education at St. Paul’s Primary School and my secondary school at St. Louis Girls Grammar school, Owo, Ondo State. Then, I proceeded to Lagos City Polytechnic, Ikeja, for National Diploma in Accounting between 2002 and 2004. I went back to Rufus Giwa Polytechnic, Owo for HND in Accounting between 2005 and 2007. 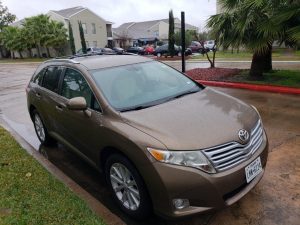 I joined Mama Rainbow Theatre Group shortly before I finished my ND, and featured in some movies between 2004 and 2006. And I then stopped because I went back to school for HND. I had took in the NYSC at Skye Bank Osogbo, Osun State from 2007 to 2008.  I also worked with the Skye Bank for three years and traveled to USA in 2011. I lived in Maryland for two years then moved to Kansas because of Nursing School where I studied for  two years. Finally, I moved from Kansas to Houston Texas where I have been living, I love it here.

You have been away from home for a while, what are your plans for the film industry?

The industry is ours, I mean every filmmaker who is contributing or intending to do something phenomenal in Nollywood. Some people have been in it working significantly towards it progress, and I have come to also contribute at my own capacity to expand the success stories. I am a team player, and have big plans to positively be involved to move this industry forward, may God help me as I look forward to the time.

Which movie projects are you working on currently?

I am currently working on two projects – INGRATE AND TANGLE-  they are Yoruba movies shot in the year 2018, The two movies were directed by Murphy Afolabi. It is worthy of note that movies edited from the stable Murphy always have some real effect in the finishing touches. Also, these projects would introduce new dynamics aimed at upgrading movies produced in the Nollywood industry.

What should movie enthusiasts expect from the movies?

They should be expecting movies now, that will make them sit at the edge of their seats.  We have put so much creativity and hard work together for these projects and it is my belief that they would not want to miss a thing when they are finally released. These projects are characterized by a new level of intriguing stories and actions. Actually, we need to change the regular story lines and the time is now.

What drives me is passion. It is different from just being interested in movie production. I have passion for it, that applies to my other job too actually. I always say I have a heart that loves. I am nursing with passion, and I act with passion.

Which actors and producers are you looking forward to work with in 2019?

Sincerely, I love every actor in their own capacities. Everyone is unique in their own ways. I want to act with everyone. Movie enthusiasts should watch out for a lots of star artistes in INGRATE and TANGLE.