Nigeria has a lot to learn from China – Amb WAli 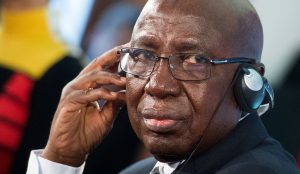 Aminu Wali, former minister of Foreign Affairs,  says Nigeria has a lot to learn from China, noting that the Asian Tiger is worthy of emulation for any country that aims to achieve meaningful progress.

Wali who said this at the 19th National Congress of the Communist Party of China held in Abuja by the Centre for China Studies (CCS) said that he admired the progress achieved by China over the years.

According to him, Chinese government has brought in transparency in the governance of China and the country is worthy to be emulated by any developing country in Africa.

“I have watched the development of China and compared to Nigeria, China is worthy of emulation by any developing country in Africa,” he added.

Speaking on the theme of the colloquium: ‘’The Global Significance of 19th National Congress of the Communist Party of China and its Implication for Nigeria-China Strategic Partnership and Sino-Africa Cooperation’’, Zhou Pingjian,  Ambassador of the People’s Republic of China to Nigeria,   recalled that since the reform of China in 1949, it took the Communist party of China 28 years to clinch victory and elected into power.

” Since then, they have been the ruling party in China for 68 years,” he said

Pingjian disclosed that 43 million people dropped out of 99 million living in poverty last year in China, adding that China has made history from standing up to be the strongest.

“The Communist party of China was founded in 1924 and is the largest and strives to be the strongest party in the world,” he said.

The envoy added that one of the intentions of the Communist Party is to serve its citizen hence, it has not derailed from its cardinal
objective.