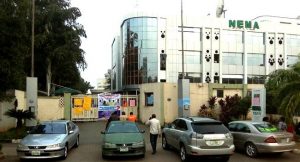 Yemi Adedeji, Abuja
The  National Emergency Management Agency (NEMA), sad it has resolved  industrial dispute between the management and members of staff following the shutdown of NEMA offices nationwide.
Sani  Datti, NEMA Head of Media and Public Relations, disclosed this in a statement issued on Friday‎ in Abuja.
According to him, “the disputes which resulted in the closure of the NEMA offices  nationwide was resolved immediately following a meeting convened by  Chris Ngige,  Minister of Labour and Productivity,   in Abuja with the NEMA Management led by  Mustapha Maihaja, Director General,  and representatives of the  national body of the Labour Union represented by the National President of Trade Union Congress (TUC), Secretary General of the Association of the Senior Staff Association of Nigeria, FCT leaders of NLC and Nigeria Civil Service Union.”
Sani revealed that among the issues discussed were matters relating to the staff welfare and other  areas of misunderstanding which were fully resolved with timeline for implementation to be closely monitored by the Labour minister.
“At the end of the tripartite meeting, a joint settlement agreement was signed by both parties with the Permanent Secretary Federal  Ministry of Labour as witness. With these developments, the offices of NEMA hitherto closed are expected to reopen for normal operation nationwide Friday, 20th October, 2017,” Sani stated.
Recall  that the staff of the agency embarked on a three days warning strike on  Thursday 19th October, while the staff called for the staff of the Director General.