According to the petition obtained exclusively by elendureportsonline.com, Clear Point Communications was awarded various contracts in May 2020, totalling about N1.2billion.

Payments were made to the company in full the same month through their Zenith bank account number 1012613187.

The petition which was signed by Kingsley Arthur and Selekeowei Onitsha, states that the contracts were awarded without regards to Due Process.

It was alleged in the petition that Charles Odili was paid sums of money ranging from N1million to N5million between May 21 and May 26, 2020, by Clear Point Communications.

“Neither is Mr Charles Odili a staff or shareholder of Clear Point Communications Ltd., yet he was paid these amounts of monies which can be described as kick-back or bribe money more especially when the contract did not follow due process,” the petition states. 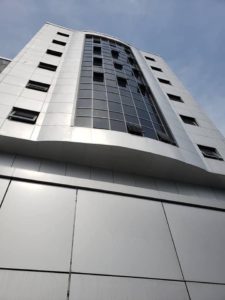 The petition which was filed at the Benin zonal office of the EFCC and received on the 30th of November, 2020, also alleged that other staffers of NDDC were paid money by Clear Point Communications.

National Assembly committees on NDDC had queried contracts awarded to Clear Point Communications during this period of the pandemic when travels and businesses had ground to a halt.

The N642million contract was for media and communications support for a forensic audit. The forensic audit is budgeted to cost N1.25billion. Already about N1,04billion has been paid to the auditors.

N34m was awarded to the company for Niger Delta Development Forum in Washington DC. Another N32.9million contract was for a summit on NDDC and Investment opportunities in Dorchester, London.

These events were supposed to take place at the peak of the pandemic when the United Kingdom and the United States were on lockdown and international flights into the countries restricted.

How did NDDC staff and other participants at these events travel to the UK and USA when international commercial flights were barely operating?

This and more questions were intended for Moffat Ekoriko and Charles Odili. They did not respond to messages sent to them on SMS and WhatsApp requesting for interviews by our reporter.

The contracts to Clear Point Communications formed part of allegations of profligacy made against Prof. Pondei led Interim Management Committee, IMC by the National Assembly.

During the hearings, Charles Odili, in a press release, accused a senator of using 11 front companies to engage in businesses with NDDC.

The senator, Peter Nwaoboshi from Delta State denied the allegations and sued Odili and Lauretta Onochie, a communications aide to President Muhammadu Buhari.

Clear Point Communications, which was incorporated in 2005, is owned by Moffat Ekoriko and his wife, Ngozi. Moffat, a publisher, is based in the United Kingdom.

Effiong Akwa, the sole administrator of NDDC did not respond to our calls before this story was published.

FCT: COVID-19 Cases Hit 8,338 As Many Patients On Life Support In Isolation Centres-Kawu

FCT: COVID-19 Cases Hit 8,338 As Many Patients On Life Support In Isolation Centres-Kawu