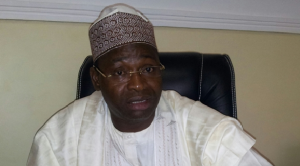 Usman Jibril,‎ the Minister of Environment , Monday said the the review of the Environmental Impact Assessment (EIA) Act 2004 would ensure the integration of emerging and global environment issue‎s into EIA process in Nigeria.

Jibril said the EIA Act has been in operation for more than two decades now, but during the course of implementation, a number of gaps, omissions and inadequacies have been identified.

Speaking through Sheu ‎Ahmed,  Permanent Secretary, Federal Ministry of Environment, the Minister ‎disclosed this at a workshop organised in Abuja by the Department of Environmental Impact Assessment and aimed at bridging institutional an legislative gaps identified in the course of the implementing of the EIA Act 2004.

He noted that the federal government enacted the EIA Act adding that there was need for a commitment to ensuring sustainable development.

The Minister added that the Act sets out procedure and methods to enable prior consideration of EIA of certain public and private ‎projects and also empowers the ministry to process EIA projects and programmes.

He stated: “the implementation of EIA’s‎ in Nigeria is a key aspect of Agenda 21 in Principle 17 of the Rio Declaration of principles. The EIA Act has been in operation for more than two decades now. However, in the course of implementation, a number of gaps, omissions and inadequacies have been identified. ”

‎”This workshop is therefore organised to bring an end to several attempts by the ministry to come up with a draft revised EIA Act for all sectors of the economy to operate which fits the needs of the country and international standards.

“As a result, the Ministry’s role as the apex regulatory body for the protection and conservation of natural resources in Nigeria has made series of consultations aimed at revising and preparing the EIA law for amendment to expand its legislative coverage and incorporate emerging and global issues into Act,” the Minister added.

He said that the objectives of the workshop include; Improving qnd removing bottlenecks in EIA process; Reviewing current EIA practice in Nigeria; Integration of recent environmental issues and global emerging trends into EIA process in Nigeria among others‎.

Alonge revealed that the journey for the review of EIA Act started with the inter-ministerial committee which was followed by national stakeholders workshop held in 2005‎, stressing that this was closely followed by the ministry of justice’s comprehensive review of the amendment bill I’m 2006.