I frustrated secession agitations under my regime with state creations, says IBB 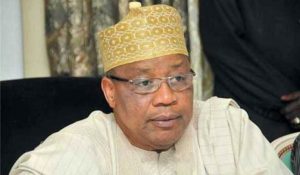 Ibrahim Babangida, a former military president has revealed that he deliberately formulated policies and projects among which were the creation of states to weaken what he called unwholesome agitations for secession.

In a message issued by his media office to celebrate Nigeria’s 57 independence anniversary, Babangida said “the resilience of armed forces of Nigeria to curtailed secessionist and agitations throughout our nation’s post-independence has reduced tensions and unnecessary disruption of lives and property.”

According to him, “all Nigerians to always embrace peace and dialogue as they are antidotes for conflict resolution”.

He said even though the nation is bedeviled with senseless agitations and conflicts, there was need for careful appraisal of our journey to nationhood.

He said “As an active participant in the Civil War and a retired military officer, with the hard lesson learnt, I will never be tired on calling for the oneness and unity of our great nation. We will forever be ready to sacrifice for a united and prosperous Nigeria whenever the need arises”.

“During our tenure in government we deliberately formulated policies, programmes, projects and even the creation of states to further weaken unwholesome agitations for secession and promote mutual and peaceful coexistence devoid of ethnic, religious and regional discriminations.”

He said government at all levels should continue to encourage mutual tolerance and protect the life of every Nigerian who should feel at home anywhere they find themselves in the country.

He urged Nigerians to pray and work towards peace and progress of the nation. He advised those beating the war drum through hate speeches to sheathe their swords and support the government in addressing security and economic challenges.

He said: “We should support the government in addressing the security and economic challenges as I urge Nigerians to extend their gestures with a hand of fellowship to one another and assists those affected by natural disasters, conflicts and communal clashes that are presently confined at various Internally Displaced Persons Camps (IDPs).”