How Bishop Spent 26 Days In Detention Over False Allegations

On Christmas day 2020, Beauty Nwigbaranee Sorbari, an undergraduate of Rivers State University, and daughter of Warrant Officer Sorbari Nwiganale left her home in Port Harcourt for a trip. She was a member of Bishop Sodje’s City of Angels International Ministries, Port Harcourt.

According to her neighbours in the Ada George area of Port Harcourt, Beauty had a party at her home on Christmas eve. The next day she took off on a journey to Warri, Delta State. Her father later told investigators that she called him that morning to say she was going to visit her pastor, Bishop Sodje at his home.

Beauty’s phone records, according to sources linked to the investigation, show her father’s claim was not true. Beauty and her father had not spoken to each other in three months. 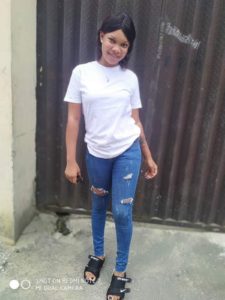 That Christmas day trip was to be Beauty’s last as she was involved in a motor accident. From police accounts, six people died at the scene of the accident near Rumuji. Beauty survived but barely, as she had serious injuries.
Corpses of the deceased from the accident were deposited at Ahoada General Hospital mortuary while the wounded were taken to the emergency section.

Beauty died while she was being attended to by a doctor at the hospital. According to hospital sources, she had a wound on her head.

Benson Barisuka is an Ogoni man who is resident in Port Harcourt. Some of his church members were involved in the same accident as Beauty.

Here is Barisuka’s Instagram post of 26th December 2020. “PLS IF U KNOW ANY SORBARI NWIGBARANEE PLS LET ME KNOW HE/SHE WAS INVOLVED IN AN ACCIDENT AT AHODA EXPRESS ROAD THAT RESULT TO THE DEATH OF MANY THANKS.” This was at 1.20 pm.

Later the same day, Barisuka posted another message on his Instagram account: “I went to Ahoda to bring my church members that were involved in the same accident so one was already dead and sent to the mortuary by some policemen so when I got to the mortuary attendance asked me if I am from Ogoni I said yes He brought out one ATM card and show it to me that the ATM was found in the pocket of one victim and that person is in mortuary the name written on the ATM is Nwigbaranee Sorbari that why I passed the message in case anyone
knows the person. Thanks.” 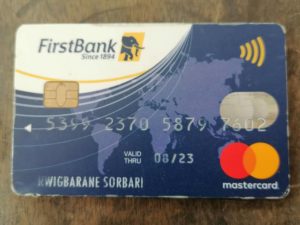 According to sources close to the investigation of Beauty’s death who we cannot name because they are not authorised to speak on this case, Warrant officer Sorbari Nwiganale knew about his daughter’s death and visited the Ahoada mortuary where her remains are on December 27th, 2020.

After seeing his daughter’s body at the mortuary he called her pastor to inquire about her whereabouts. When the pastor, Bishop Sodje told him he did not her whereabout he accused him of kidnapping her. Nwiganale told the Bishop that Beauty had phoned him on Christmas day to say he was going to visit her pastor at his home.

Elendu Reports asked Bishop Sodje to respond to the allegations.  He said, “I did not see Beauty on Christmas day. She could not have come to my home to visit, I have no private personal relationship with her. I spent Christmas day with my family. She called me about 3 pm on Christmas day to tell me she was travelling to Warri. I prayed for her. That was my last contact with her. Sadly, I completely forgot that I had given her a prophecy in November not to travel in December when I was speaking with her.”

So why is Beauty’s father making allegations against him? Bishop Sodje said, “that matter is in court now so I cannot comment other than to say I sympathise with him for the loss of his daughter. It’s a painful loss even to me as her pastor.”

On December 28th, Bishop Sodje’s church on Eneka Road was stormed by soldiers in two trucks. They were from the 6 Division of the Nigerian Army, Bori Camp, Port Harcourt. The soldiers were led by Warrant officer, Sorbari Nwiganale who serves in Benin, capital of Edo State.

Bishop Sodje, 34, was arrested and taken to Bori camp where he was detained for nine days. According to a lawsuit he filed against the Army, Police, Nwiganale and Lt. Geoffrey Ormaga, the Bishop was tortured and made to endure unsanitary conditions for the duration of his detention at Bori camp, Port Harcourt.

From our sources and court filings, we gathered that after investigations by the Army, they determined that Bishop Sodje was not culpable in the death of Beauty Nwigbaranee Sorbari. Lt. Ormaga, who led the investigation informed Nwiganale of their findings.

Monday, January 4, 2021, Gobari Deebom, counsel to Nwiganale had an interaction with the press concerning the disappearance of Beauty Sorbari. He informed the press: “it is a suspected case of abduction. The lady visited the pastor believed to be her man friend on December 25 and till now has not returned. It was the pastor that contacted the family to ask the family about her whereabouts. The family told him that Beauty said she was coming to visit him. He said she (Beauty) will be coming back to them soon. The pastor told them to inform their father. It was after four days that the family informed her father of the development.”

From our reporting and available public records, it is either Bar. Gobari Deebom was misled by his clients or he was deliberately lying to the Press. It suffices to say that Bar. Deebom’s statement was the beginning of an orchestrated media campaign against Bishop Sodje Masodje.

The electronic media went agog with the juicy story of Beauty and the Pastor. National newspapers were not left out in the campaign. Social media kicked up the scandal some notches. Victoria Sorbari, Beauty’s sister posted on Facebook that her sister told her she was having an affair with Bishop Sodje. She claimed that Beauty had been pregnant for the Bishop three times and that the last time the Bishop had given Beauty N20,000 to terminate the pregnancy. These allegations were published by some newspapers.

The autopsy report on Beauty shows there were no signs of pregnancy or abortions. Victoria Sorbari deleted her Facebook post after a few days. In a twist of irony, the lawyer whose client-led military men to arrest Bishop Sodje, in his press statement insisted that the matter be transferred from the military to the police after he got an
outcome not favourable to him: “We are calling on the Police to take over the matter because we know they can bring justice in this matter,” Bar. Deebom said