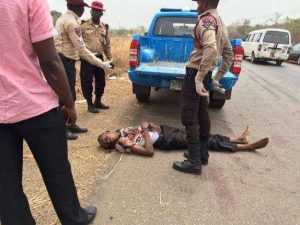 A hit and run driver has knocked down and killed an official of the Federal Road Safety Commission (FRSC), in Abuja.

Boboye Oyeyemi, Corps Marshal of FRSC, who disclosed this to NAN, said the late official whose name was not mentioned was knocked down and killed on patrol at Idu area of Abuja.

He expressed sadness at the event and called for prosecution of culprits involved in such acts.

There have been several similar attacks on FRSC officials across Nigeria despite the efforts and campaigns of the commission.