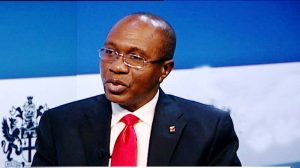 The Central Bank of Nigeria (CBN) has injected the sum of $195million into the inter-bank Foreign Exchange Market.

Figures obtained from the bank indicated that the apex bank offered $100million to authorized dealers in the wholesale segment of the market, while the Small and Medium Enterprises (SMEs) segment received the sum of $50 million.

Those requiring foreign exchange for invisibles such as tuition fees, medical payments and Basic Travel Allowance (BTA), among others, were allocated the sum of $45 million.

Isaac Okorafor, CBN’s acting Director in charge of Corporate Communications,  confirmed the figures, saying that the Bank was confident that the level of transparency it had entrenched in the market would help the Naira to sustain its steady run against the dollar and other major currencies around the world.

According to him, “the market will remain very stable as long as every player sticks to the forex guidelines.”
It will be recalled that the CBN last week intervened in the various segments of the Forex market with the sum of $195 million.

Meanwhile, the naira continued to maintain its stability in the FOREX market, exchanging at an average of N360/$1 in the BDC segment of the market on Monday, October 23, 2017.