Members of the Nigeria police force walk after chasing protesters away during a June 12 Democracy Day rally in Abuja, Nigeria June 12, 2021. REUTERS/Afolabi Sotunde

Four days after youths in Lagos State, Southwest Nigeria began what would later boomerang to an almost nationwide agitation−the #ENDSARS protests− the Nigerian Government responded by promising a police reform.

Nigerian youths were demanding an end to a notorious police unit, the Special Anti-Robbery Squad (SARS), formed in 1992 to address the growing armed robbery cases in many parts of the country.

Nigerian President Muhammadu Buhari in a statement promised ‘extensive reforms’, after admitting that there were “genuine concerns and agitations by Nigerians about the excessive use of force and in some cases extra-judicial killings and wrongful conduct of the men of the Nigerian Police Force.”

The president, on Monday, Oct. 12, 2020 said the government would bring police officers responsible for misconduct to justice, after nearly a week of sustained protests against police brutality that were met by a harsh response.

In a broadcast, the Nigerian leader said the disbanding of “SARS is only the first step in our commitment to police reforms in order to ensure that the primary duty of the police and other law enforcement agencies remains the protection of lives and livelihood of our people”.

Buhari’s promise did not inspire optimism among Nigerians who had heard similar statements from the government for close to three decades because ‘the police have always been synonymous with brutality, human rights violations and extrajudicial killings’ in the country.

Since 2007 after a Special Rapporteur on torture and other cruel, inhuman and degrading treatment or punishment wrote that “torture is an intrinsic part of how the police operate within the country,” and that a significant portion of the violations were carried out at the SARS detention center in Abuja, government has been proposing police reforms but with no results.

It was ‘motions without movement’, as the Reports of Presidential Committees on Police Reforms in Nigeria in 2006 and 2008 were tagged by the CLEEN foundation, a non-governmental organization that promotes public safety, security and accessible justice. 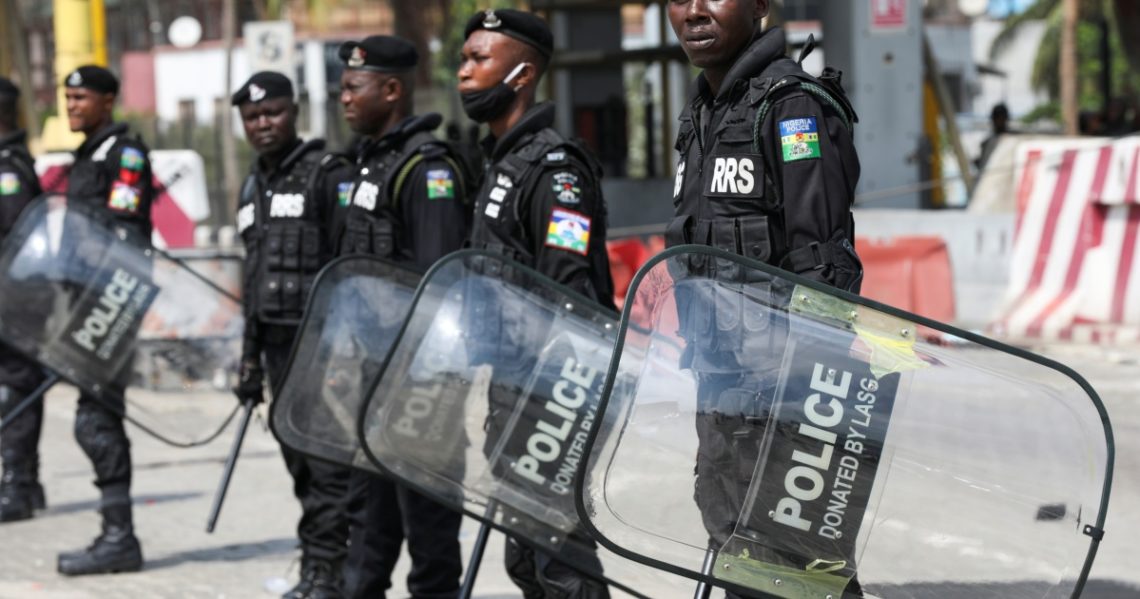 The government disbanded SARS as a response to demands of the protesters and named SWAT as a replacement. But the rogue behavior that characterized the police has remained.

A day after the president said he would reform the police, Femi Adesina, presidential spokesperson said in a statement the Presidential Panel on Police reforms had okayed the demands by protesters asking for an end to Police brutality across the country.

“Following directives by President Muhammadu Buhari on the dissolution of the Special Anti-Robbery Squad and immediate response to yearnings of citizens, the Inspector General of Police, Mohammed Adamu, convened a meeting with stakeholders, agreeing to meet demands,” Adesina said.

The panel, according to Adesina, agreed that the use of force against protesters by security forces would stop. Twelve months later, however, many Nigerians who had taken part in one protest or another were met with brutal forces of the security agents.

For instance, protesters who gathered at Gani Fawehinmi Park in Lagos, Southwest Nigeria on June 12, 2021 for a democracy march were dispersed by a detachment of police. In Abuja, Nigeria’s capital, protesters who had gathered to demonstrate on the state of the nation were not given breathing space by security operatives who used tear gas to disperse them.

According to Reuters, Yusuf Mariam, police spokesperson for Abuja Police Command at the time said officers in the capital made no arrests but had “restored calm” after people gathered and were “inciting public disturbance and breaching public peace.”

On Saturday, July 3, police  shot into the air and fired tear gas to disperse Yoruba nation agitators who converged at the same Gani Fawehinmi Park in Ojota area of Lagos. Revolution Now protesters on Aug. 5 were also dispersed by police as they attempted to gain entrance into the Lagos State Government House in Ikeja.

“The police … dispersed scores of protesters who gathered at the under bridge, Ikeja, on Wednesday for a peaceful march,” Premium Times reported.

“The protest, which kicked off around 10:00 a.m. was dead on arrival as the police barricaded their exit to Ikeja, Alausa, and started shooting tear gas into the air to disperse the crowd.”

The government has struggled to build trust and restore public confidence in the law enforcement agencies, particularly the police as cases of torture, harassment, violations, extortions, and extra-judicial killings have not ebbed even after the promise by the president.

Earlier on Jan. 1, 2021, the President in his New Year broadcast to Nigerians reiterated his commitment to meeting all the five demands of the #ENDSARS protesters.

When the Lagos Judicial Panel set up to look into petitions against the police ruled that Lekki Toll Gate Plaza, the venue of the Oct. 20, 2020 shooting of #ENDSARS protesters should be opened after it was closed down, a small group of protesters who were against the decision stormed the plaza.

On Saturday, Feb. 12, they were beaten and arrested by the police because the government had warned against such demonstrations.

Professor Chidi Odinkalu, a former chairman of the National Human Rights Commission (NHRC) says he has not seen a semblance of police reforms since after the promise by the president. “Many of the EndSARS protesters are in prisons now,” he said. Many of them were remanded and transferred to the prisons indefinitely.”

Professor Odinkalu cited a recent clampdown on members of the Islamic Movement of Nigeria (IMN) known as Shiites, by security forces as a pointer to the fact that there are no police reforms yet in Nigeria. 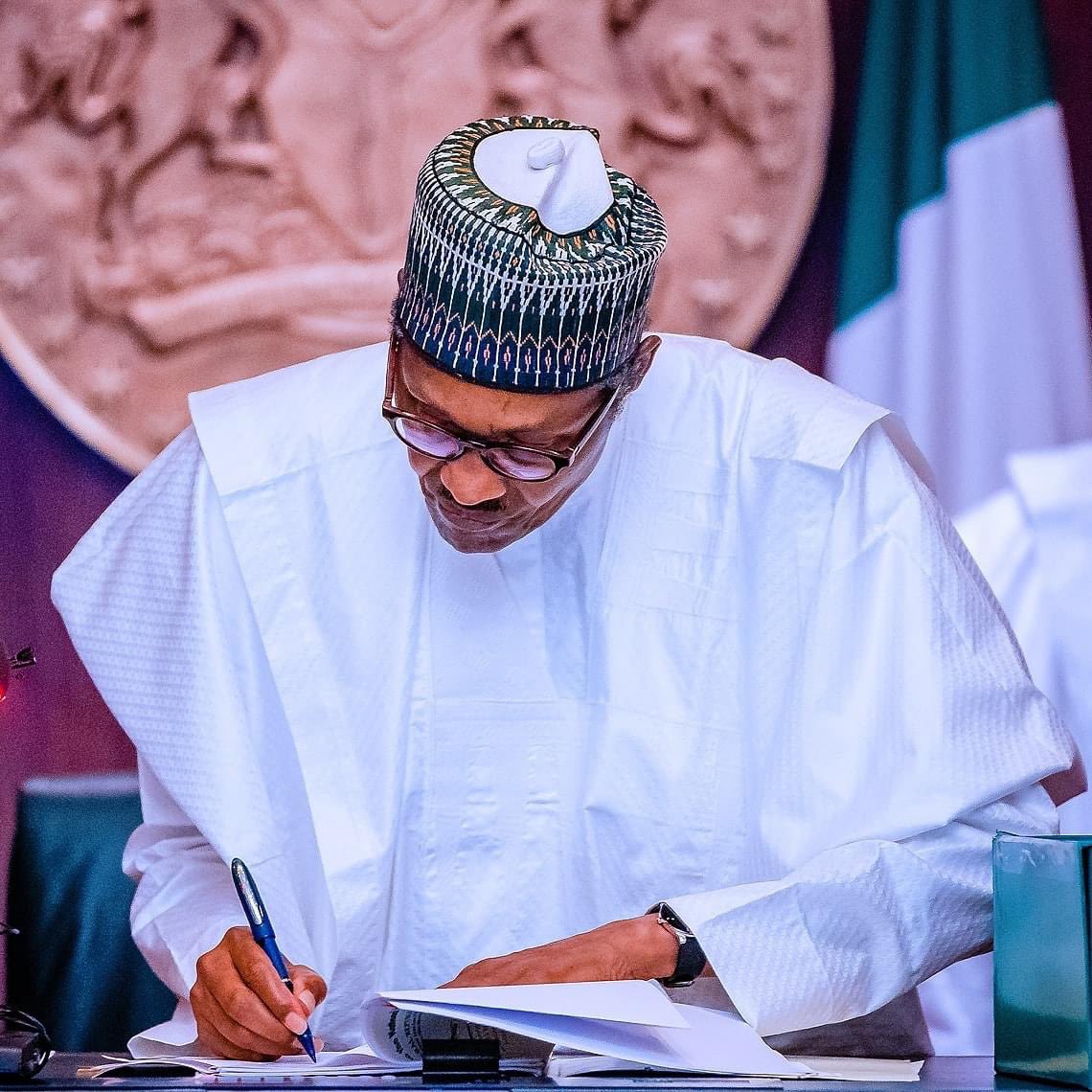 Abdul Mahmood, human rights lawyer says the government has not demonstrated a true willingness to effect any police reform.

“My view is that this government has and continues to pay lip service to police reform,” said Mahmood who also represented some victims of police brutality before the Judicial Panel in Anambra State, Southeast Nigeria.

He said the passage of the Police Bill hasn’t signaled any intention to reform.

“Police officers are still shooting defenseless Nigerians. A case in point is the killing of Shiites in Abuja a few weeks ago.”

According to him, the police trust fund, which is a spinoff of the agitation for the reform of the police, is enmeshed in corruption. He argued “Over N12 billion, sums of its takeoff grant and procurement of equipment for the police, is now being investigated by the ICPC”.

“If the trust fund cannot show probity in its affairs, how can rank and file officers show discipline in the way they interact with the public.”

“If we cast our gazes far across the public space, you’d find out that the demands of #EndSARS protesters, which form part of the larger reform of the police, have not been addressed. Only last week, the Lagos CP Odumosu threatened Nigerians who’ll be coming out to mark the first anniversary of #EndSARS.

“How can civil police threaten citizens in a democracy, when it isn’t a force of occupation? It is this behaviour that Odumosu exemplifies that Nigerians seek to reform.”

Police salary- hanging in the balance

What the government said would be part of the police reforms is an improved welfare package for police officers. During a one-day visit to Lagos State in June this year, President Buhari announced that he had directed the upward review of salaries and benefits for police officers in the country. “I have directed the National Salaries, Incomes and Wages Commission to carry out an upward review of Police salaries and benefits,” he said.

The President boasted that no administration since 1999 had been as committed as his administration in reforming and repositioning the Nigeria Police Force and national policing architecture.

However, in reality, police officers are yet to get any new pay package.

“Nobody is talking about the president’s directive to the National Salaries, Incomes and Wages Commission, nobody is crying out on behalf of the police. Nothing has been done about the directive,” a top police officer who did not want to be named said.

According to the top police officer, the police enjoined upward review of their pay package under late President Umaru Musa Yar’Adua. “Goodluck Jonathan commenced the payment, or Obasanjo did the review and Yar’Adua commenced the payment. This is what we are still receiving till tomorrow.”

The non-implementation of the president’s directive, he said, is a major factor that has deepened the morale of police officers across the country. “This particular directive of the president to the National Salaries, Incomes and Wages Commission that has not been implemented is the main reason the morale of our officers across the country is down.”

He said the “police are calm, quiet but are not active.”

But Professor Odinkalu said the Nigerian President lacks the power to unilaterally increase the salaries of the police. He argued that it is out of the president’s power when there is a Commission that is saddled with the responsibility of determining the salary.

“This is not a monarchy government. It is not part of the government’s power. Such a statement is a way of deceiving the people.”

This analysis was first published by HumAngle media.