After 33 meritorious and fulfilling careers, DR Vera bowed out of the Nigeria Deposit Insurance Corporation (NDIC) service, where she worked as the Director of the Special Insured Institutions Department (SIID).

On Sunday, October 30, families, friends, and colleagues gathered to celebrate Dr Vera Uneh Ogbo-Ikwue, a quintessential and consummate technocrat, as she retired from public service and also marked a milestone on earth- her 60th birthday. She attained the compulsory retirement age on October 24, 2022.

After 33 meritorious and fulfilling careers, DR Vera bowed out of the Nigeria Deposit Insurance Corporation (NDIC) service, where she worked as the Director of the Special Insured Institutions Department (SIID).

The elegant celebrant, who was full of life at her EFAM Metropolitan Estate home in Abuja as she received guests, attributed her successful 33-year-career to the dint of hard work and grace of God. The celebration was preceded by a thanksgiving service.

“I thank God, I feel very fulfilled, and I’m so delighted and excited because I served for 33 years, national service without a blemish,” an elated Dr Vera told Elendu Reports. 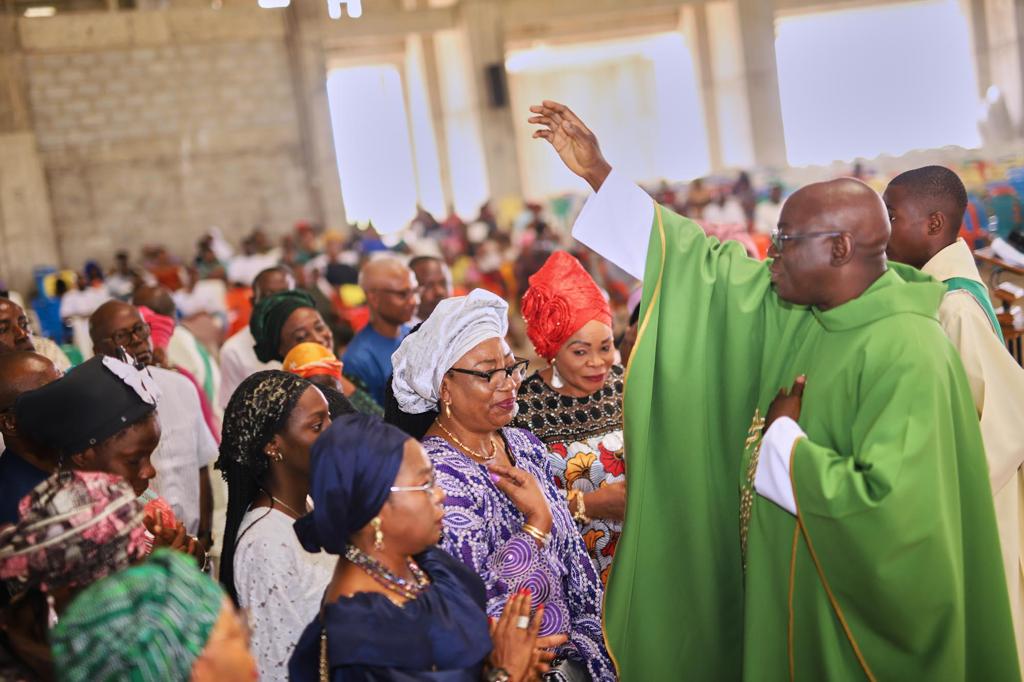 Having served in the operational department for most of the 33 years and also one of the pioneer staff of the NDIC, she was involved in most of the landmark events in Nigeria’s financial sector.

“I have paid my dues to the country by bringing sanity into the sector and ensuring that everything in the financial sector is smooth,” she said.

She worked and supervised the banks and also worked as an examiner for 20 years and all the rest of the years supervising Microfinance banks and primary mortgage banks. I have worked around the system and left my mark.”

During the interview, she touched on issues in the banking industry and gave insights into why commercial banks go distressed.

“The reason is not far-fetched from the ills of the society. It is mismanagement. Though other factors come with it, it is majorly a result of mismanagement. It is why when, for instance, there is a general economic issue, say distress in the economy. Some banks survive, and others don’t survive. What makes the difference is the management. All through the issues, all over 40 commercial banks that have been closed, there is the issue of insider’s deals. There is an issue of real mismanagement. Banks are not like other commercial ventures. Banks are some business ventures that are run on trust. You hold people’s funds on trust, and you trade with it. You make money for yourself and are supposed to keep it safe. So there is a tendency to mismanage these funds. The moment you give out bad loans, for one reason or another, and they don’t come back, the bank collapses.

All of the histories of failed banks have that in the middle of it. If it is being managed when the economy is weak, because of the weakness, they easily fall. Especially for commercial banks, that’s the reason.

For smaller banks, the microfinance banks: are all vulnerable because they are on the lower rung of the economy. They are the ones that lend money to poor people but are economically active. They are the first to be affected when the economy is affected. They are very vulnerable. Even there is a lot of mismanagement there. They often want to run like commercial banks, but microfinance banks are completely different. It is a different business model because of the peculiarity of the business and the kind of people they deal with. But often, they want to manage it like commercial banks, and it bursts. So, there is also the element of mismanagement and mostly because of the weakness of our economy.

We talk about mismanagement- in every business, you would have a focus and a vision. You know the nature of the business that you run, and then you know what you should do and what you should not do.

Now for a bank, you take money from the people who come to save money, and you are supposed to lend it to people. Now, you are in a place of trust because you are supposed to assess the man who comes for the loan. You need to ask for his collateral, the business he is going into, and know that maybe 60-70 per cent this morning is coming back. The activities for which that loan will be spent should be viable enough. A banker is responsible for that appraisal. Where that is not done, either carelessly or somehow intentionally, the banker is responsible for that. It is not a business that everybody goes into, and it is supposed to be business honesty, integrity, and transparency should be watchwords.

What NDIC does to depositors

NDIC is the insurance of the depositor of the depositing bank. For deposit insurance, it means you want to give some level of confidence to the depositors that if the bank fails, you don’t lose everything. So you give a maximum coverage amount. For commercial banks, I think it is N500,000. Now for the kind of deposit insurance that Nigerians does, we are given a mandate as a risk minimiser, which means that we are also expected to participate in the supervision of the financial industry, to minimise the risk of failure. In that case, we have the mandate to supervise banks, examine them and bring out all the issues they could have. That’s what we do in conjunction with the CBN.

I think the first thing is that I worked in NDIC. If I had worked in another government institution, I probably would have left because all through the 80s and 90s, when those banks were springing up, they were always trying to porch, doing interviews and all of that. What NDIC offered me was something that synchronised with my personal goals. It offered a chance to serve my country. For the rest of us that started it, it was so fulfilling that we were serving our country. If you recall, there was Failed Banks Decree that came up that resulted in a lot of banks’ CEOs being locked up. We felt we were sanitising the system. We left school, and we went to the NDIC. We felt very proud that we were serving our country, and that’s where the fulfilment came from. It’s the kind of environment where what you do affects the people. You are fighting for depositors who are not a party at the table to make decisions.