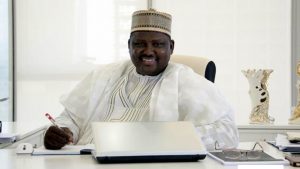 President Muhammadu Buhari has directed the immediate disengagement from service of former chairman of the Presidential Task Force on Pension Reforms,  Abdulrasheed Maina.

The President, in a memo to the Head of the Civil Service of the Federation, also  demanded a full report of the circumstances of Maina’s recall and posting to the Ministry of Interior.

The report is to be submitted to the office of the Chief of Staff to the President before the end of work today, Monday, October 23, 2017.

Meanwhile, a civil society group during its sit-out at Unity Fountain today in Abuja said Maina’s reinstatement was shrouded in secrecy, thereby, calling on President Muhammadu Buhari to order the arrest of the wanted former-chairman of the defunct Presidential task force on pension.

Mixed reactions have greeted Maina’s reinstatement into the civil service, who ‎was indicted for leading a massive pension fraud scheme amounting to N100billion.

Maina, who fled the country in 2015 after being indicted for allegedly perpetrating fraud to the tune of N2bn returned to the country and was allegedly posted to the Ministry of Interior based on the recommendation of the Head of Service and was given double promotion.

The group maintained that recalling him was an affront on the rule of law‎‎ and outrageous.

His reinstatement was not announced by the Presidency or any federal government agency‎, raising questions as to the veracity or otherwise of claims that Buhari recalled him.