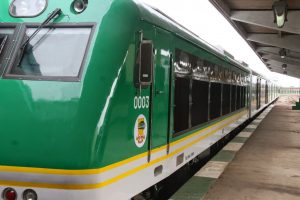 The Federal Government has justified it’s foreign loan request before the Senate, explaining that the sum of $36 billion is required to complete its rail projects in parts of the country.

Rotimi Amaechi, Minister of Transportation, disclosed this when he appeared before the Senate Committee on Local and Foreign Debts to defend the $5.5 billion loan request earlier sent in President Muhammadu Buhari.

Justifying the necessity of the loan request, ‎Amaechi listed various rail projects in parts of the country including Lagos to Kano, Costal rail line, Kano to Kaduna, Lagos to Calabar, Port Harcourt to Warri, Onitsha, Aba, adding that if the total cost is summed up, would amount to about $36 billion.

He said that President Buhari had directed that the rail line projects be extended to cover all the 36 state capitals.

Amaechi told the committee that part of the $5.5 billion loan would be used to fund the Itakpe to Warri, Kano to Kadun and Port Harcourt to Calabar portion of the rail projects.

President Buhari had in the letter to the National Assembly asking for the approval for the $5.5 billion loan stated that $2.5 billion was being borrowed to fund the Mambilla Hydropower Project, Construction of a Second Runway at the Nnamdi Azikiwe international Airport, counterpart funding for Rail Projects and the Construction of the Bode-Bonny Road, with a Bridge across the Opobo Channel.

Shehu Sani,Chairman  Senate Committee on Local and Foreign Debts, asked  Patience Oniha‎to, Director-General of the Debt Management Office to provide details of the proposed loans, including the rate and tenure, emphasising that all actions and decisions with respect to the loan request by his Committee and the Senate will responsibly be done only on its merits.‎

He cautioned that even if it has become clear that Nigeria must borrow, it must borrow responsibly to avoid mortgaging the future generation with a pile debt which he advised must be justified with commensurate infrastructural proof of the value of the debt.‎‎

‎Kemi Adeosun, Finance Minister, in her submissions before the committee said that $2.5 billion of the loan request was already approved in the 2017 budget She said that the $2.5 billion was specifically to finance projects in parts of the country.

She said that the duration of the loan could be anything from five to 30 years which would be determined when they get to the market.

Oniha‎ who represented the Minister also said that the $3 billion is to upset local debts.